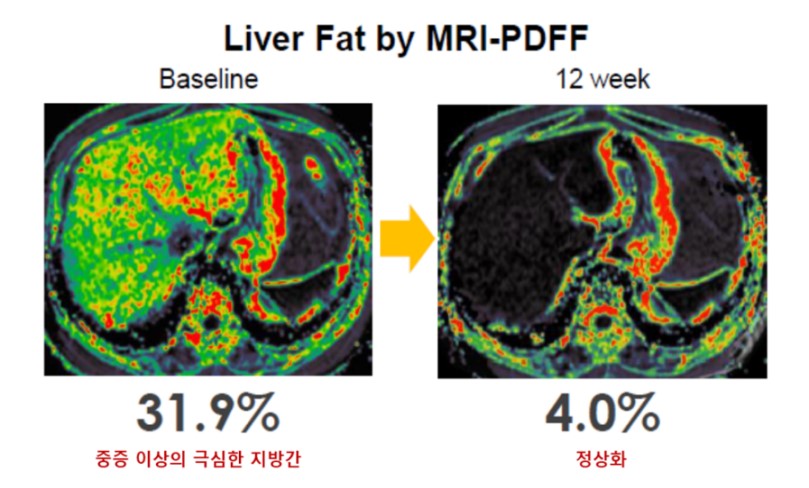 A Hanmi official said that the study results and development progress of company’s LAPSTriple Agonist had attracted keen attention from many key opinion leaders (KOL) of major global pharmaceutical companies at the 38th J.P. Morgan Healthcare Conference, held in January in San Francisco, the United States.

Hanmi stated that such a positive reaction shall be credited to LAPSTriple Agonist’s proven and impressive efficacy in treating multiple conditions.

Its efficacy was proven in the Phase 1 trials in patients with obesity and non-alcoholic fatty liver disease (NAFLD).

Most NASH patients showed their liver fat reduced by more than 30 percent within three months after they were treated with LAPSTriple Agonist. LAPSTriple Agonist also showed rapid and potent liver-targeted action for de novo lipogenesis and beta-oxidation.

Hanmi is planning to begin the global Phase 2 trials of LAPSTriple Agonist in the second quarter this year with biopsy-proven NASH patients.

The uniqueness of LAPSTriple Agonist in its potency of simultaneous improvement of multiple indicators gives the drug candidate a position of advantage over other competitors in a crowded landscape to develop an anti-NASH drug.

The regulatory authorities in United States and Europe set a high bar for commercialization of an anti-NASH treatment because of the fact that treatment is considered to be effective only when it improves multiple indicators simultaneously. This could be challenging as it is one of the key reasons major drug makers are still struggling in the clinical stages with their drug candidates falling short of required performances.

In fact, among hundreds of clinical trials of anti-NASH drugs posted on international clinical trials information website, Clinicaltrials.gov, Hanmi’s LAPSTriple Agonist is the only durg candidate proven effective in improving multiple indicators simultaneously. Therefore, if Hanmi’s LAPSTriple Agonist gets approved and commercialized, it will be able to lead the world’s multi-trillion won NASH treatment market.

“I believe LAPSTriple Agonist is the most advanced anti-NASH treatment among first-in-class drug candidates for NASH under development around the world,” said Hanmi CEO Se Chang Kwon. “We will make all-out efforts for its commercialization to realize our goal of leading the world’s anti-NASH drug market that is still devoid of a commercialized drug with proven efficacy.”